The Shirazi family has been supplying greater Boston restaurants, small markets, and institutions with the highest quality eggs, milk, dairy and other restaurant foods since 1989.

Josh does an amazing job, Abe his dad is amazing, they’re a great company, they get you whatever you want. There should be no one else you should choose!

The Shirazi family has been a partner of Tatte for many years and I’ve had the enjoyment of working with them for the past 3 years and appreciate their attention to detail and the effort they put into helping us be successful.

They aren’t just a vendor to us, they are a partner. They truly go above and beyond. Their willingness to always suggest new products shows how invested they are.

Shirazi has been servicing our bakery/cafe for more than 15 years, and as we grew, they grew. Initially they only supplied us with dairy goods, but now they can provide, and deliver, nearly everything our busy cafe needs. They’re almost a one-stop wholesale shop for the food industry.

We have worked with Shirazi for many years. Josh Shirazi and his crew provide us with great products at fair prices.

Most importantly, the guest service is fantastic. They are extremely responsive to our requests (even if they are our fault or last minute) and we have turned down many other purveyors in order to keep working with Shirazi. 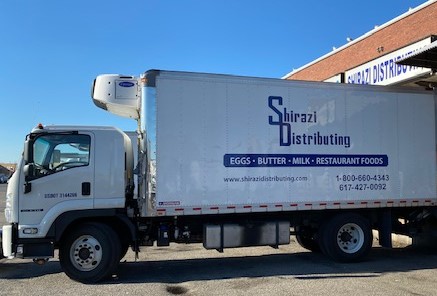 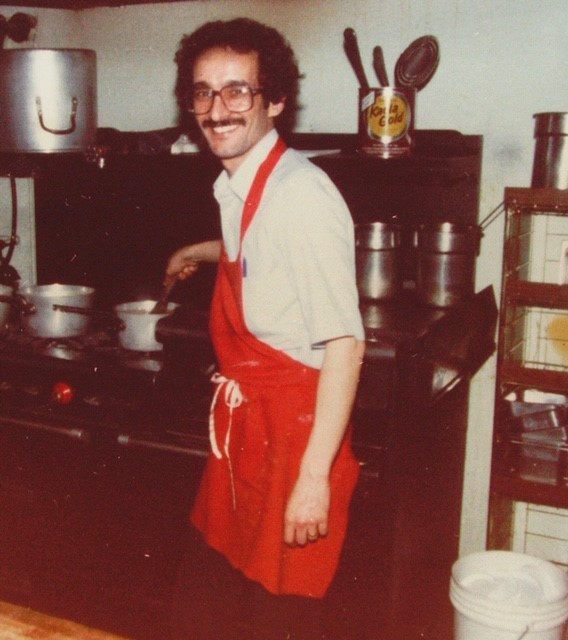 After 10 years of owning Lieb’s Deli (a kosher-style delicatessen in Belmont Center), Abe Shirazi moved out of the kitchen and onto a truck. Abe closed the deli and began supplying restaurant owners and operators with product for their kitchens. Early on, things were simple. Every night Abe plugged in the one refrigerated truck he had and would load it up in the morning and make his rounds. He would pop into kitchens all around Greater Boston, take orders, and run down to the truck to fulfill them.

This was Abe’s day-to-day routine until 2003. That is when Josh Shirazi joined with his father with the goal of growing the one-truck operation and reaching as many small local restaurants, cafes, and markets as possible with the highest level of product and service that Abe had expected from his vendors when he owned Liebs. 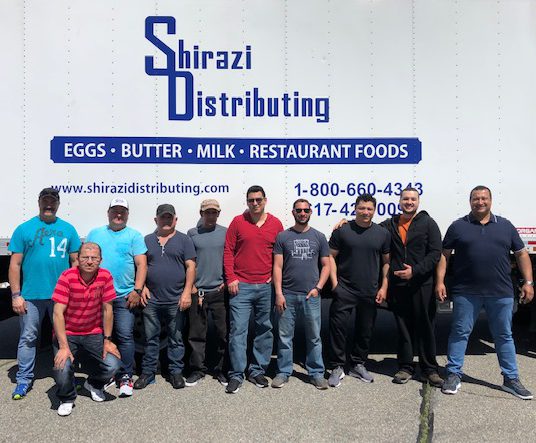 Since then, things have grown quite a bit. Shirazi Distributing has gone from one vehicle to nine (including one that makes a “last call” run in the afternoon in case something wasn’t right), a team of almost 20 people, a night crew, and over 12,000 square feet of warehouse space. This extra space, bigger crew and more trucks means the ability to carry more items for a greater range of customers.

Today, the company continues to grow because of a dedicated, loyal, staff that allows us to offer quality products, reliable service and a relationship you can trust to help support your own successful business.